Why Florian Thauvin did well to sign in Mexico

Has the show gone too far with secret weapons? 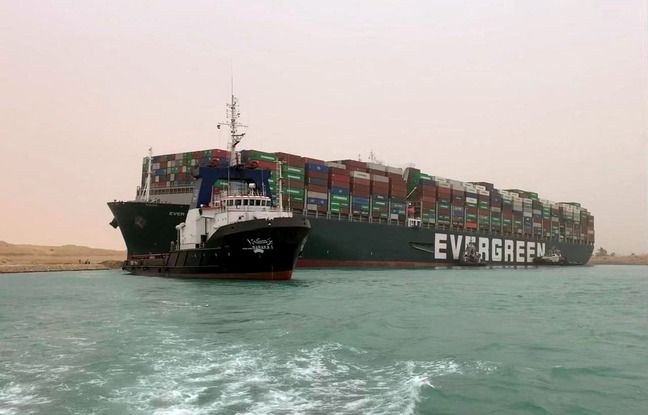 The way is still impassable. Navigation in the Suez Canal was “temporarily suspended” until the refloating of the giant ship blocking maritime traffic since Wednesday morning, announced Thursday the Egyptian Suez Canal Authority (SCA).

“The maritime authorities have indicated that 13 ships of the northern convoy (coming from the Mediterranean) via Port Said which were to pass (…) are stationary in waiting areas until the ship is completely refloated” SCA spokesperson George Safwat said.

It is “extremely difficult” to refloat the container ship

The Japanese company Shoei Kisen Kaisha, which announced on Thursday that it was the owner of the giant container ship which is blocking navigation on the Suez Canal, said it was “extremely difficult” to refloat it.

“In cooperation with the local authorities and Bernhard Schulte Shipmanagement, we are trying to refloat (the ship) but it is extremely difficult,” Shoei Kisen Kaisha said on his website.

Egypt is trying this Thursday to clear a giant container ship that has been blocking navigation on the Suez Canal, a key trade route between Europe and Asia, since the day before, an incident that could slow global maritime traffic for several days .

The incident that took place overnight from Tuesday to Wednesday resulted in massive congestion of ships and significant delays in the delivery of petroleum and other commercial products. The news caused oil prices to jump on Wednesday. According to an evolving map from the bladelfinder site, dozens of ships wait at both ends of the canal and in the waiting area in the middle of the canal.